A delegation from Brooklyn For Peace's Peace Economic Justice Committee met with Congress Member Yvette Clarke. The discussion lasted a good hour and covered the question of the budget discussions in Congress. That discussion has largely ignored bloated and out-of-control military spending, not to mention the two unpaid-for wars in Iraq and Afghanistan said to cost trillions of dollars. Representative Clarke has been consistently anti-war in her votes in Congress. As a member of Congress' Progressive Caucus, she has voted against continued funding for the Afghanistan war, signed on to Barbara Lee's resolutions calling for early termination of that debacle and has voted against the Pentagon budgets for the last several years, believing, as she told us, that these huge expenditures rob her constituents of the funds needed for vital public services.

We vowed to keep Clarke informed and to galvanize public opinion in her district in favor or cutting these budgets and seeking to avoid additional wars in the Mid East.
Read More 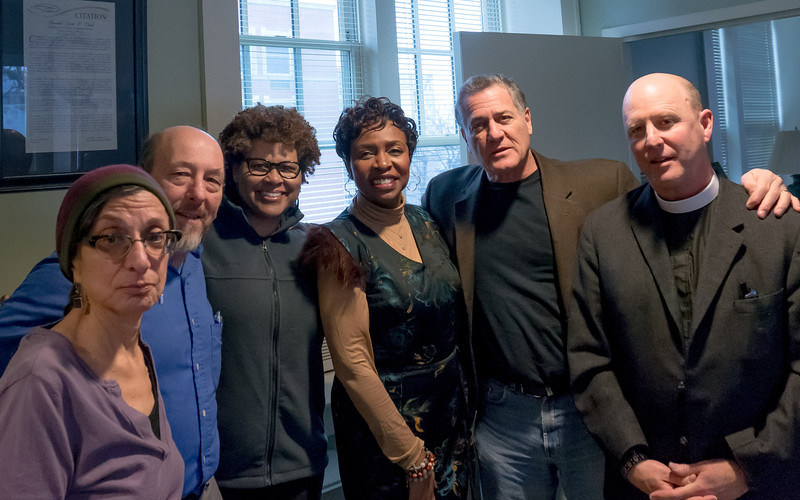 The Brooklyn For Peace PEJ delegation poses with Congress member Yvette Clarke (center) after our discussion.