Not Another War — Brooklyn Petition Signers Say No War On Syria! - Brooklyn For Peace (brooklynforpeace.org)

Not Another War — Brooklyn Petition Signers Say No War On Syria!

Over the last few weeks Brooklyn For Peace volunteers have been out with tables, flyers and petitions on various Brooklyn street corners. Under the slogan of "Not Another War," they approached passersby urging them to sign petitions to Brooklyn Congressional Representatives and President Obama demanding diplomacy to solve the Syrian crisis.

Over 600 people have signed in those few weeks. The flyers pointed to the failure of 15 years of U.S. wars in the region which have uprooted societies, economies, leaving death and destruction in their wake. The power vacuum created by these wars have allowed extremist groups to take route as ISIS has done in large sections of Syria and Iraq. Launching another war would produce more of the same. Apparently, many Brooklyn residents agree.

The petitions will be presented to the officials this week along with a request of a face-to-face meeting to press forward demands to avoid another disastrous war.
Read More 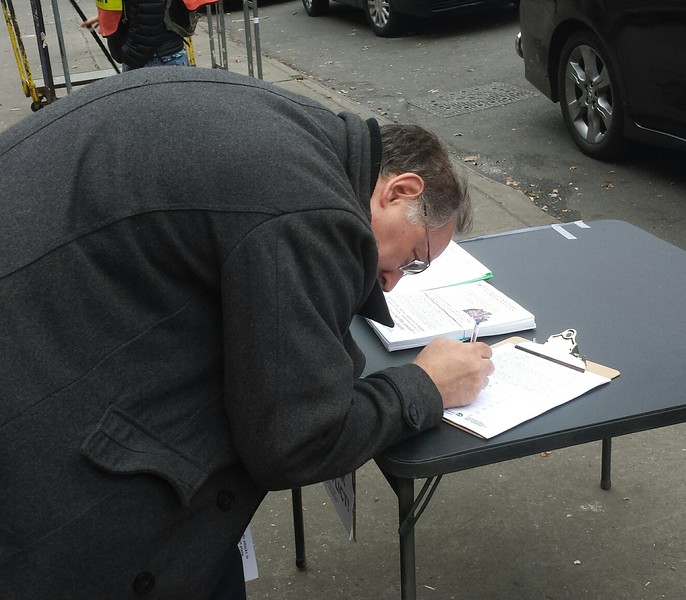 Signing the BFP petitions to Congress and President Obama.