Hundreds rallied at the entrance to the SUNY Downstate Medical Center. Governor Cuomo is continuing with his threat to privatize or close this important health care facility and teaching hospital that serves a broad section of Brooklyn.

Bringing the fight to stop layoffs and cutbacks at Downstate to a higher level, clergy and community leaders launched a 48-hour fast and hunger strike in defense of the embattled hospital and its employees who are being threatened with termination. Many hundreds have already been fired and critical care is laboring under greatly-reduced staffing and funding.

Take a look at photos and video from today's event.
Read More 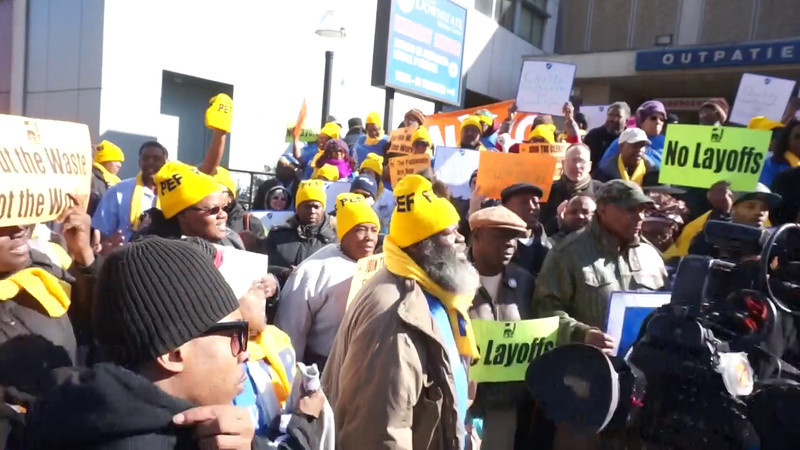 Press PLAY ► (above) to see a short video.

"Save Downstate" is chanted by the rally participants.